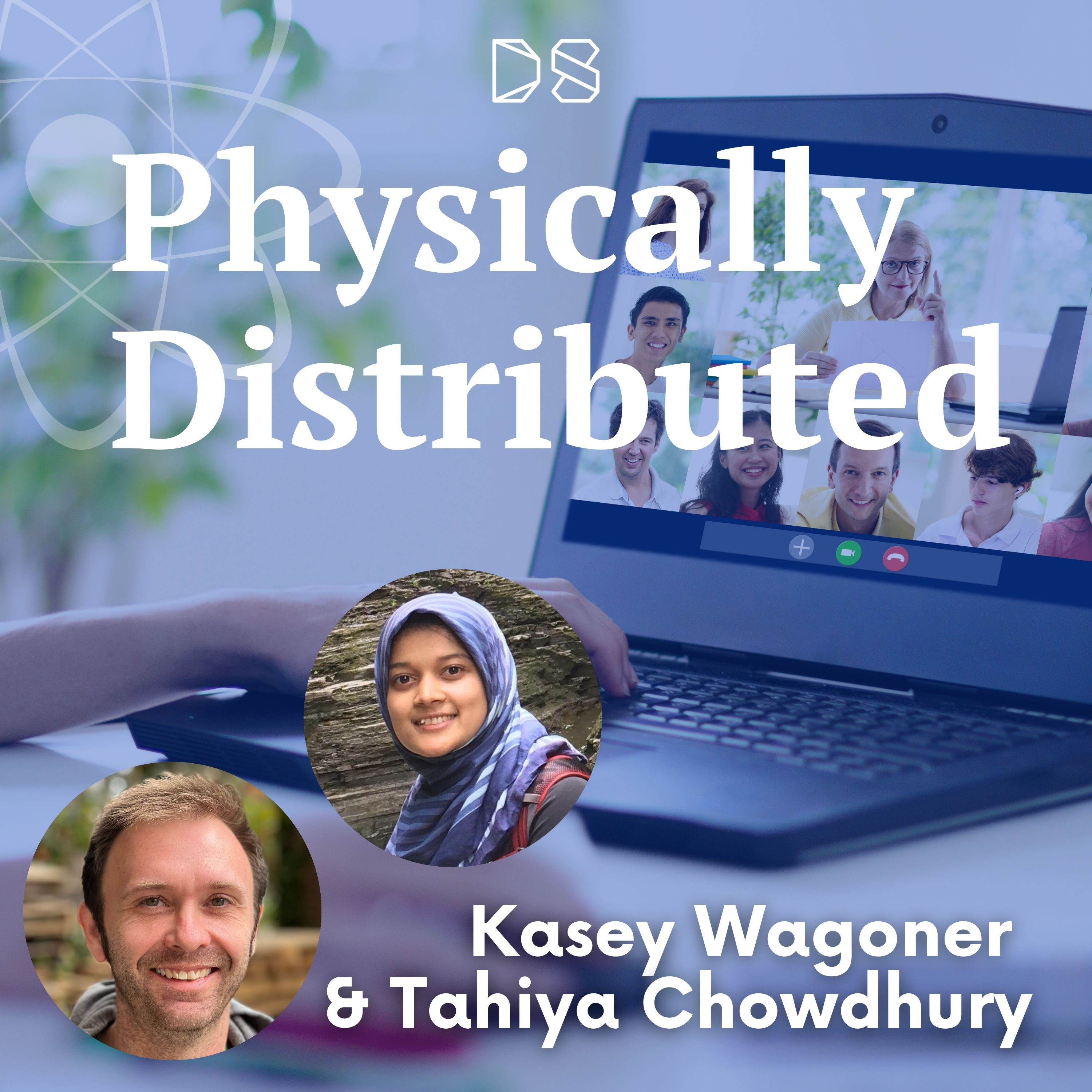 In today’s episode, Kasey Wagoner and Tahiya Chowdhury join us to discuss their studies in remote learning. The interview was split into two sections - the first being with Kasey.

Kasey is a lecturer in the Department of Physics at Princeton University. He started teaching labs online in March 2020 due to the COVID-19 pandemic. Kasey discussed how he developed three kinds of remote lab sessions and evaluated which one worked best. He spoke about the limitations he encountered during this experiment and the culminating result. The survey series, called E-CLASS, was done before and after the lab sessions. It measured the extent to which the students thought like a professional physicist after the remote lab sessions.

Kasey analyzed the results from the students’ feedback and revealed which of the experiments was their favorite. More details of the study can be found in his paper: How Well Do Remote Labs Work? A Case Study at Princeton University. Kasey closed by giving his thoughts on the future of remote learning and how it would evolve going forward.

Moving on to the second part, Tahiya Chowdhury shared the insights from her study titled: The Other Side of Black Screen: Rethinking Interaction in Synchronous Remote Learning for Collaborative Programming. Tahiya is a doctoral researcher in Computer Engineering at Rutgers University, with research interest in Artificial Intelligence and Human-Computer Interaction.

She started by giving an intuition into how Machine Learning is important and the specific use cases in her research. This includes applications in healthcare, home automations, policy making, etc.

Tahiya then explained the two kinds of information gathering techniques she used for her study - active and passive information collection. She also spoke about the best approach to compare the outcome of remote learning with traditional learning, citing her experiment as a case study. Tahiya listed some downsides she found with remote learning.They include the absence of co-learners for collaborative learning, and the feeling of loneliness for introverted students. In closing, she revealed the best scenarios for remote learning and situations where remote learning may not be the best bet.

Tahiya Chowdhury is currently working as a doctoral researcher in Computer Engineering at Rutgers University, USA. Her work focuses on designing and developing machine learning tools for modeling physical world events to improve the quality of human life. Her current research interests include Artificial Intelligence, Human-Computer Interaction, Ethics in Computing and Computing Education. Her goal is to design, develop and evaluate intelligent tools to facilitate fair, reliable, and transparent interaction between human and machine prediction.

Kasey Wagoner is a Senior Lecturer in the Department of Physics at Princeton University. He's particularly interested in exploring students' interests in physics labs and how those interests affect their learning of experimental physics. He's also active in the Atacama Cosmology Telescope and Simons Observatory cosmology collaborations where he focuses on ways to engage the broader public with the amazing science these collaborations are doing!