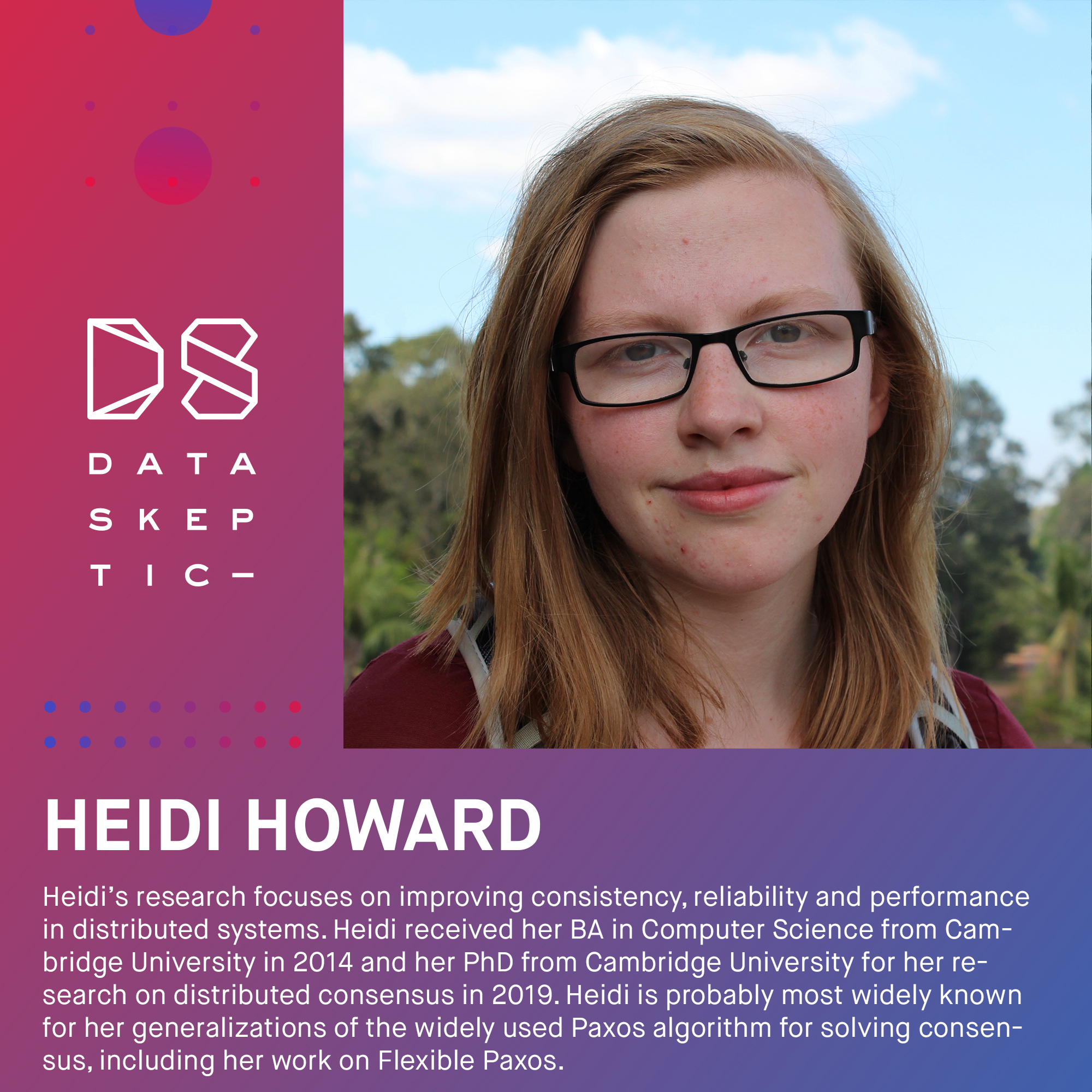 Heidi's research focuses on improving consistency, reliability, and performance in distributed systems. Heidi received her BA in Computer Science from Cambridge University in 2014 and her PhD from Cambridge University for her research on distributed consensus in 2019. Heidi is probably most widely known for her generalizations of the widely used Paxos algorithm for solving consensus, including her work on Flexible Paxos.

She goes into detail about the leaders in Paxos and Raft and how The Raft Consensus Algorithm actually inspired her to pursue her PhD.

Eil Goldweber, a graduate student at the University of Michigan, comes on today to share his work in applying formal verification to systems and a modification to the Paxos protocol discussed in the paper Significance on Consecutive Ballots in Paxos.