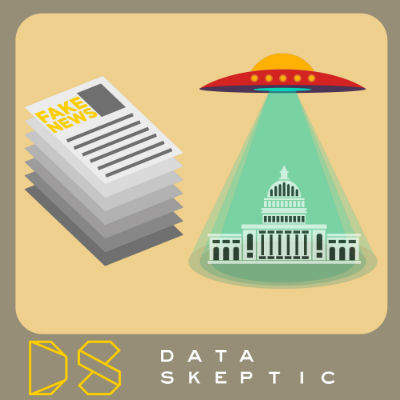 In this episode, our guest is Dan Kahan about his research into how people consume and interpret science news.

In an era of fake news, motivated reasoning, and alternative facts, important questions need to be asked about how people understand new information.

Dan is a member of the Cultural Cognition Project at Yale University, a group of scholars interested in studying how cultural values shape public risk perceptions and related policy beliefs.

In a paper titled Cultural cognition of scientific consensus, Dan and co-authors Hank Jenkins‐Smith and Donald Braman discuss the "cultural cognition of risk" and establish experimentally that individuals tend to update their beliefs about scientific information through a context of their pre-existing cultural beliefs. In this way, topics such as climate change, nuclear power, and conceal-carry handgun permits often result in people.

The findings of this and other studies tell us that on topics such as these, even when people are given proper information about a scientific consensus, individuals still interpret those results through the lens of their pre-existing cultural beliefs.

The ‘cultural cognition of risk’ refers to the tendency of individuals to form risk perceptions that are congenial to their values. The study presents both correlational and experimental evidence confirming that cultural cognition shapes individuals’ beliefs about the existence of scientific consensus, and the process by which they form such beliefs, relating to climate change, the disposal of nuclear wastes, and the effect of permitting concealed possession of handguns. The implications of this dynamic for science communication and public policy‐making are discussed.

During the interview, Dan mentions the book Cyberwar: How Russia Helped Elect Trump by Kathleen Jamieson.